Recording of the Presentation at the Symposium ‘Digitalisation’, organised by the Academy of Sciences and Arts – taking place at the Faculty of Law, University of Salzburg, March 2nd, 2018. 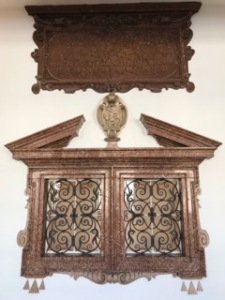 In general, having worked on this topic for quite a while now, I see the following major questions that urgently require thorough systematic consideration:

Of course, this requires not least thorough and systematic classification and demarcation of the different aspects that are commonly loosely and vaguely subsumed under such catchall term as digitisation.

I am grateful to a friend, discussing life with her, helped me taking much of the mist of the topic, and also remaining aware, and feeling the challenges of real life, persisting when talking about the virtual one – 감사합니다 !

The recording of the presentation can be found here.
see also on this topic a presentation at the MPI, one week earlier.

It seems to be a somewhat weird way: people have to make a fuss out of everything, ideologise the smallest act and thus apparently make even the non-market, non-political, non-whatever act a somewhat utilitarian one: give it a ‘defined purpose’, the definition being aim and instrument at the same time giving it meaning in relation to others, as – thus it is implicit – the existence and all these acts do not have meaning in themselves, it seems not have any meaning that can be derived from its inherent relationality.

So – what I did not know, let alone think about – we have a World Vegetarian Day, actually it is today, as every year on the first of October, and we have of course also, now also amongst leftist and progressivists, the reasoning behind being vegetarian: it reduces, thus they speak, the ecological footprint, is even an opening for an alternative economy [or eve mode of production] and even the beginning of a new era, allowing us to be not simply humans but finally being also humane.

I a hesitating, not agreeing with all this fuss: sure, much of it may and will be true, simple given facts. But well, I am human, I guess humane, vegetarian – but I simply, without any Cartesian claim that ideologise it, calling out the world-revolution based in the fact that I think about it, rationalise every little f…, or a or z.

But there something nice – and thought-provoking – when it comes to C, D and P, expressed by Winston Churchill.

Christopher Soames, Churchill’s future son-in-law, remembered] Churchill showing him around Chartwell Farm [around 1946]. When they came to the piggery Churchill scratched one of the pigs and said: I am fond of pigs. Dogs look up to us. Cats look down on us. Pigs treat us as equals.[1]

So. where do we find humans then, not looking up, not looking down …  – the middle offering apparently for us, and for pigs, some space.

Just uploaded is a presentation, given in Hangzhou on the 21st of May 2017, dealing with the question … – well actually looking for the relevant question.
In connection with discussing digitalisation, new productive forces etc., we are frequently caught in the old patterns: interpreting presence and  future in the light of past and presence. The presentation tries to point out some areas where asking questions that are indirectly reinterpreting the past in the light of the future, allowing to explore the future in the light of a newly interpreted presence. – Complicated ? May be, but better thinking slowly and openly, instead of coming hastily to the wrong conclusion by simply extending what we claim to know.
There had been something that was called a Critique of the Political Economy [see volumes one to three of The Capital] – and is often forgotten that it was based on what its author wrote, here pointing on theses 8 to 11:

VIII
All social life is essentially practical. All mysteries which lead theory to mysticism find their rational solution in human practice and in the comprehension of this practice.
IX
The highest point reached by contemplative materialism, that is, materialism which does not comprehend sensuousness as practical activity, is contemplation of single individuals and of civil society.
X
The standpoint of the old materialism is civil society; the standpoint of the new is human society, or social humanity.
XI
The philosophers have only interpreted the world, in various ways; the point is to change it.

—-
See also researchgate – there are two projects that are of relevance in this context:
* Is it really about Industry 4.0.?
* Wandel des Wirtschaftens – Wandel des Rechts. Forschungsskizze zu Sozialrecht und Sozialpolitik
—-
Special thanks go to Thomas Weiss-Roisdorf, scientific council of attac and the federal ministry official affairs im Germany with whom I maintained over the last couple weeks contact on this issue – discussions that I perceived as hugely beneficial.

In the context of the XIII Conference of Latin American Studies “Realities and perspectives of the progressive and leftist processes in Latin America”, taking place from today until the 21st of October 2016 in Havana, Cuba, an article I read recently, comes to my mind.

It is about the US Blockade on Cuba being ‘Genocidal’ and the fact that it also violates international law and the human rights of Cubans – so the statement of The National Union of Cuban Jurists.
My small contribution to this debate is concerned with reflections on
Reactivating Existing Traditions for Progress
Indeed, the question of today is very much about finding a specific independence of opening economies – counteracting the American strive for another occupation of foreign terrain.
Then, approaching crisis analysis in a more complex way, we detect as one of the fundamental issues the frequent trend of reviving traditional forms of economy and society. This can be seen as matter of the grand narratives of historical development (the renaissance may be seen as one of the most pronounced ‘steps’) but also as matter of the narratives of the medium range.
Currently this pattern should be closely observed, encouraging us to make use out of the current developmental stage and crisis by way of analysing the contradictions of the mode of production. What is usually termed as industry 4.0, fourth industrial revolution and also uberisation and emergence of the big-data-society is surely a double-edged sword. In any case, this ambiguity means not least the emergence of potentials for new spaces of societal practice that allow the creatively-productive integration of economy and social activities on the one hand and the development of individuals in their communities and societal development on the other hand.
Referring to the French Theory of Regulation and the Theory of Social Quality, the contribution will suggest some perspectives for global development, where actually countries from the global periphery can develop an avant-garde position. At the centre, we the following topics will be looked at:
* Politics of New Technologies
* Precarity or a new work-life balances
* Wealth – Redistribution versus New Production
* Local and Global – Development in one country or many different worlds
* Small is Powerful – Potentials for small countries and niche economies.
Matters, narratives of the grand narratives of historical development, the narratives of the medium range and the present moment, merging at times.
Caricamento commenti...