Public lectures are scheduled for the 5th and the 12th December.

After last week’s special lecture to a group of PhD-students, looking at
Digitisation, AI and the need of another economy
the upcoming lectures are linking to the recent book “Bullshit Jobs – A Theory”. [1] So is it finally socially acceptable to use such term as Bullshit in academic parlance? 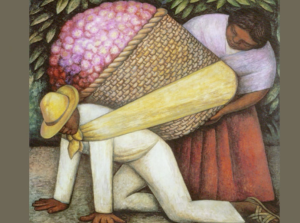 It surely is a catchy phrase, and it also is surely a topic that allows to think abut all the Kafkaesk patterns and requirements …But as glad as I am to take up on the catchiness and as much as I appreciate that Graeber is interested in a very specific point, namely

to understand the psychological, social, and political effects of the fact that so many of us labor under the secret belief that our jobs lack social utility or social value

I am wondering if it is not also a danger of distracting from rather complex issues, linked to more or less fundamental shifts in economic structures.
The honour to give the reputable Deans Lecture at the Faculty of Economics and Sociology in Łódź on the 12th of December provides the opportunity to look at

Bullshit Jobs? suggesting that the Problem is the Stable

The aim is to show that – leaving some general aspects of squander, disrespect and ignorance aside – the underlying problem is an ongoing shift of capitalist accumulation that requires the increasing segregation and fragmentation: The fact that use value and exchange value are juxtaposed results necessarily in the fact that human relationships are systematically torn apart: to relate humans to each other they first have to – speaking systematically – separated by the process of commodification. On the market of commodities they are becoming equal and can – then, ex post – relate to each other. Not least it means that the increasing mediatisation – indeed Graeber points out that most of the relevant jobs occur in IT-related sectors – is necessary condition for making society economically possible. However, it also means that content doesn’t count – as much as capital SEEMINGLY generates capital as much is the sole presence of people considered to be a job, even if it is

a form of paid employment that is so completely pointless, unnecessary, or pernicious that even the employee cannot justify its existence even though, as part of the conditions of employment, the employee feels obliged to pretend that this is not the case.

– this is Graeber’s definition.

For the week before, on the 5th of December, the sociology department of the Ostravská univerzita in the Czech Republic organised a special lecture, the title of which is
Bubble Economies – Bullshit Jobs – Shredding Paintings: Contemporary Frames of Public Space
In addition to the Graeber-book another reference is the more or less recent auto-shredding of Bansky’s Painting “Girl With Balloon” – the latter again giving the opportunity discuss the problems of hegemony and counter-hegemony – the link is given by reflecting on a statement by Hannah Arendt. She contends that

(n)ot cruelty is the attribute of tyranny, but the destruction of the public political realm, monopolised by the despot by claiming ‘wisdom’ … or based on thirst for power, i.e. insisting on citizens looking after their private concerns, leaving it to him, the ‘ruler, to take of the public matters’.[2] 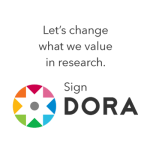