Sure, any attempt of such calculation is limited by establishing a straightforwardness that does not exist. – Still, there is something in it I guess, trying to think about ‘models’

La Capitale, Le Gare de Paris-Est, four desks, one is open for selling ticket, including helping those who are lost. Three security police guards are roaming, being approached by a stranger, asking for directions, brusquely spurning him …  – what would be the effect of “full service”, i.e. four open desks, friendly helping people … is anybody afraid of lowered aggressiveness, less pressure on travellers and possibly train stations as real meeting points, not thoroughfare with an increasing number of shops and security staff and decreasing service and communication hubs…?

The other day, Roma termini, I said

Well, finally one always gets there, can relax in the train …. 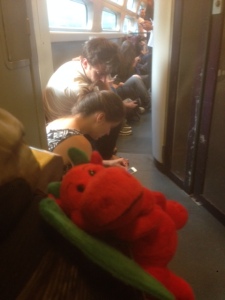 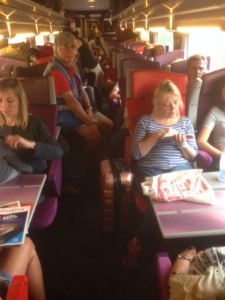