Perhaps the contemporary version of it would read like this: 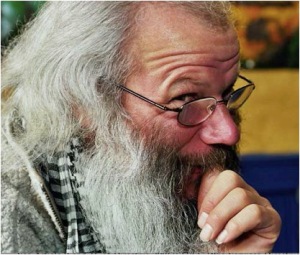 … I do not blame personally the administrators and the suicidal colleagues who consider academic work and life as focused on ranking journals, ‘top-universities’ where leading academics are not available as they are writing for those journals or travelling around to give presentations or are working as advisors in ‘Commissions’ to gain some additional money … – they should not be blamed for following the rules, though they surely have to be blamed for elevating these into the status of holy grail, as standard others have to follow.

In this light I would ask them for one favour: Criticise and reject those of the scholars with whom I spent time and spaces in academia – friends, colleagues, students who see me as hojam, as lǎoshī …, those with whom I spend time and work without anybody thinking in utils of the togetherness – in the same way as I reject those who criticise me on wrong grounds, while drinking out of the grail, leaving the plastic cups, or just the hands to others … criticise and reject them if you see them striving for money instead for truth, if you find them being interested in others as ‘tools for themselves’, if you sense that they are interested in power to control others instead of power to improve people’s life in society. And criticise and reject them if they plagiarise and make life and work a plagiarism.

It is time to go know, all the work I could do here is done, the academic year clearly concluding, the next step changed – and I may have to move on in insecurity, facing precarity as it is the one norm in academia today. Others will stay, will settle, being secure – in what they say after the ‘wings of free speech’ had been truncated … – …, looking at the many careers of the giants, on the shoulders of whom we stand, it cannot be immediately clear who is going to the better place.

Those triumphant at the moment while others sit down and cry?