– some thoughts on what is called populist success story.

Yes, it is far from being paradise …

… even if 可欣 wrote the other day

In my impression, Cuba is the place of beautiful scene and people. It’s a good choice … . Although my impression is only come from the movies. But I believe the beautiful sea and sunshine will be very helpful for good mood.

…, yes, I enjoyed my stays there. And the small and large things: mainly people, chatting with them about their life – the ordinary and extraordinary. Language …, well a challenge as I do not speak Spanish, they do not speak … – well, they speak Spanish. Trying, Italianising the Spanish, Spanishising the Italian … The small and the large: the view across the ocean, walking along the Malecón, early in the morning, remembering the history of resting the USA – which in one way or another was a bit my personal history, and the monumental waves, sometimes reaching high, pushing the water across the dual-carriage way of the promenade. …

But on the occasion of my visits I did not only enjoy the scenery, the most exciting, vivid culture, the openness of the French ambassador, opening with the artists a mural on the walls of the embassy and … well, I experienced the difficulties, some but by no means all caused by the embargo, saw the poverty but also the pride, the commitment and hope of so many people whom I joined for the celebrations of the first of May – yes, some had not been too excited about getting up at three or four in the morning, and still they turned up, most if them committed. 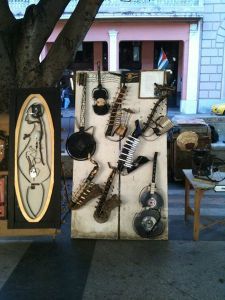 Not paradise – this was also the topic of the very open, and very … confrontative debates for which I had been invited at the Centro de Investigaciones de Política International, and also the other year at the Instituto Superior de Relaciones Internacionales “Raúl Roa García”

But there is another thing: the elections, the electoral process can well be taken as an anti-populist warrantor. Again, no paradise … but have a look, here in comparison of the system in Cuba and the USA.

The decisive aspect – as the little study states – is that

Cuba has different mechanisms to ensure popular participation both as electors and candidates.

Important is not only the high level of representation in Cuba, and the fact that it is truly a bottom-up process but also that it is very much about a discursive process not parties standing against each other but candidates developing on the local level together with the people their common programme. Well, there may be a bit of Jesuit-Franciscan element: elections understood as part of the camminare insieme, part of the work-walking together. Doesn’t such approach take much of the soil on which populism grows away: the soil of competing for power to govern the people, allowing to establish a solid ground, on which the people stand together?

Fear, Loathing And Poverty: Italy After The 2018 Elections

or asking the EU

When Will They Ever Learn?

– have highlighted some relevant socio-economic issues, however they failed to acknowledge that democracy is not about serving the people but about the people saying and doing.

See in this context as well earlier, general reflections on populism and as well here. 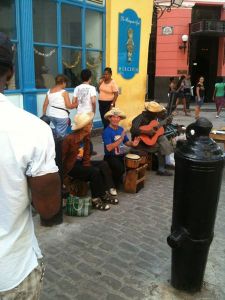 2 pensieri riguardo “It is far from being paradise …”